LiveBarn system selected as official and exclusive broadcaster of the LHJAAAQ 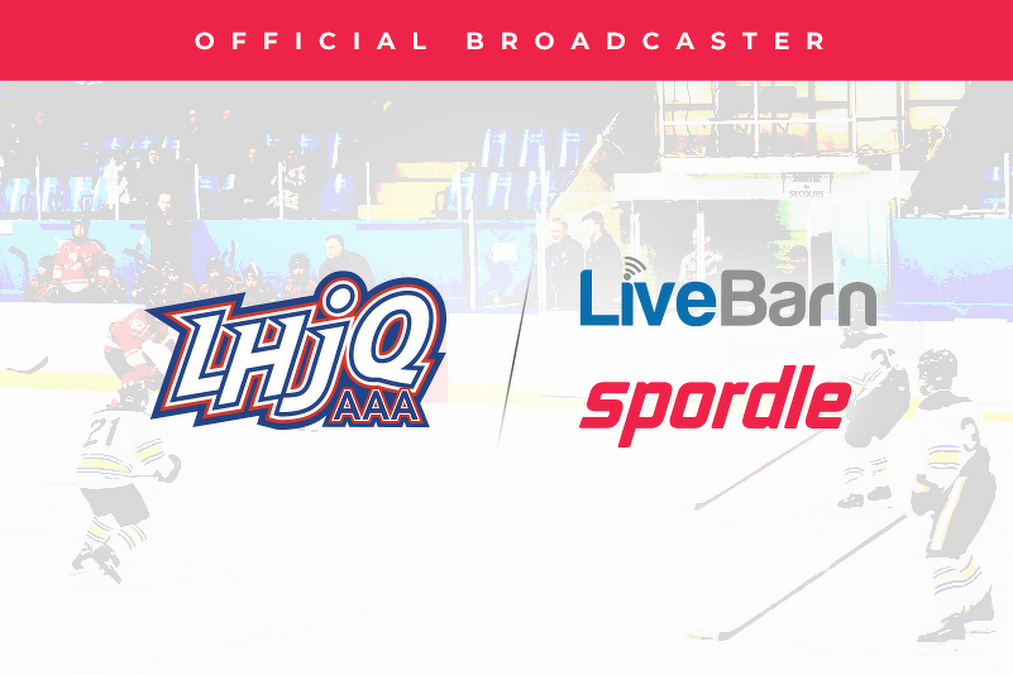 LiveBarn system selected as official and exclusive broadcaster of the LHJAAAQ

(Montreal, QC) September 11, 2020 - The LHJAAAQ is proud to announce that LiveBarn has been selected as the official and exclusive broadcaster of the league.

In the current context, with limited attendance at arenas and the financial challenges of sports organizations, recording and broadcasting games live via LiveBarn and its seamless integration into the websites of the Spordle network represent an essential and advantageous shift for the league and its 13 organizations.

Innovation at the forefront for the LHJAAAQ

Innovation is at the forefront for the LHJAAAQ with the installation of a camera system whose algorithm allows automatic tracking of action on the ice. With the artificial intelligence offered by the product, the camera angle adjustments, from wide to close-up, are done automatically, as is the movement of a panoramic view which captures the entire game and adjusts itself according to the movements on the ice. All of this is done without human assistance.

“In addition to broadcasting games live, these video recordings are useful in several respects, whether for league operations for game review purposes (goals, assists, incidents, etc.) or even for preparation and player development. The league is thus optimizing its operations in addition to having the assurance of not missing any sequences of play with a recording system that has proven its worth, in Quebec and elsewhere in the world,” said Kevin Figsby, Commissioner of the LHJAAAQ.

This cutting-edge technology will allow the league to save a significant amount on equipment and staff needed for recording and broadcasting, both live and on-demand.

Quick and simple integration across the league via the Spordle network

The automated recording makes it possible to integrate the content directly onto the websites of the league and its organizations within the Spordle network, an offer that is within the reach of all sports leagues in North America.

“Game footage can be shared directly from the LiveBarn system to LHJAAAQ organizations that are hosted within Spordle's extensive network. This easy to produce and quickly accessible content represents additional visibility that will translate into a golden opportunity for the league to increase its advertising revenue," said Lyno Côté, President and CEO of Spordle.

International technology within reach of the Quebec market

LiveBarn technology is already well established in the United States with a presence inside more than 1,000 arenas and sports centers, 23 of which are owned by National Hockey League (NHL) teams. With this agreement, the camera and the installation of the LiveBarn system are exclusively for the use and needs of the league, but the fully automated nature of the LiveBarn system would make this technology accessible to thousands of Quebec minor hockey players and their families, which is of mutual benefit to all parties involved. Moreover, this integration demonstrates the interest that some cities and municipalities have in taking advantage of this innovative technology. LiveBarn and Spordle can meet this demand in addition to providing a service that meets the expectations of these institutions.

LiveBarn COO Raymond Giroux adds: “We are very happy to consolidate this long-term partnership with the LHJAAAQ and Spordle. LiveBarn's vision aligns with that of our partners as we continue working with innovation in mind. This integration ensures that the league can be at the cutting edge of technology in the hockey world for the benefit of its many fans .”

The Quebec Junior AAA Hockey League and LiveBarn, in collaboration with Spordle, are proud of this major agreement which will substantially improve the visibility and user experience of all LHJAAAQ stakeholders and fans.