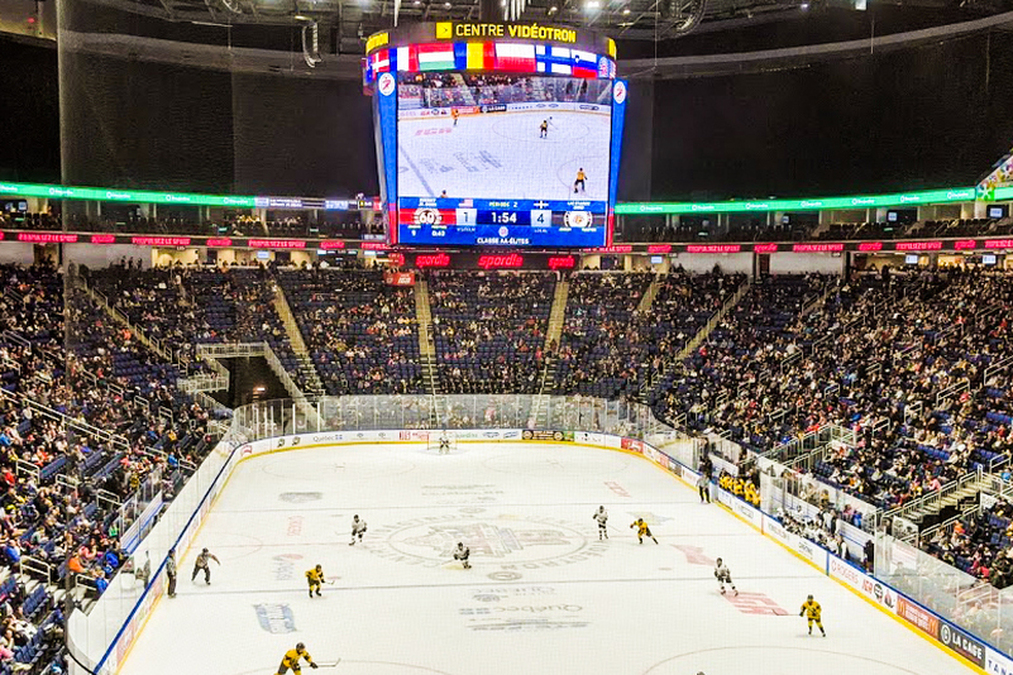 The teams participating in the 61st edition of the Quebec International Pee-Wee Hockey Tournament are having a blast by competing on the ice this week. Spordle is very proud to be the competition’s official integrated technological solutions provider for 10 years, and we're still going strong! Let’s examine how this partnership has evolved over the years and has contributed to the success of this international event for players, organizers and volunteers. 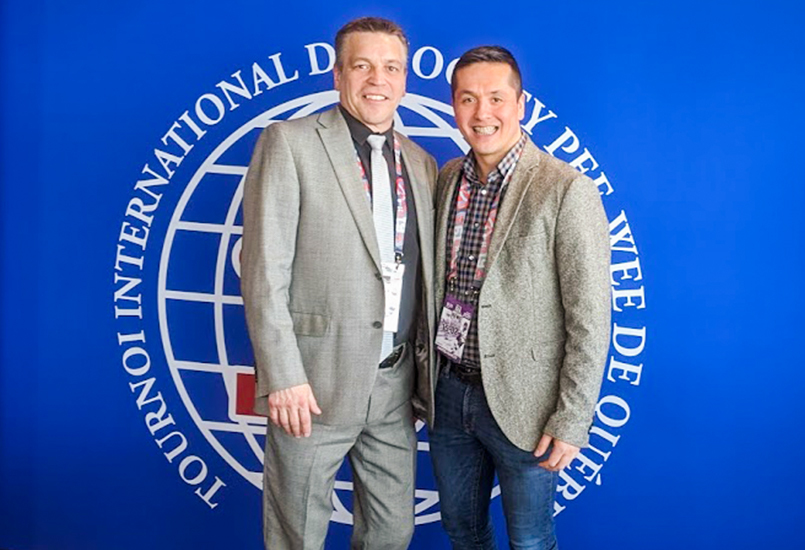 Patrick Dom, general manager of the Quebec International Pee-Wee Hockey Tournament, is accompanied by Lyno Côté, Spordle’s president and CEO. Lyno was on hand last weekend during the 61st edition of the competition.

A tournament of such magnitude is sure to present a number of challenges. Whether it be managing the competition, juggling logistics or integrating technological solutions that cater to the specific needs of every participant, the QIPWHT has successfully teamed up with Spordle for more than 10 years. 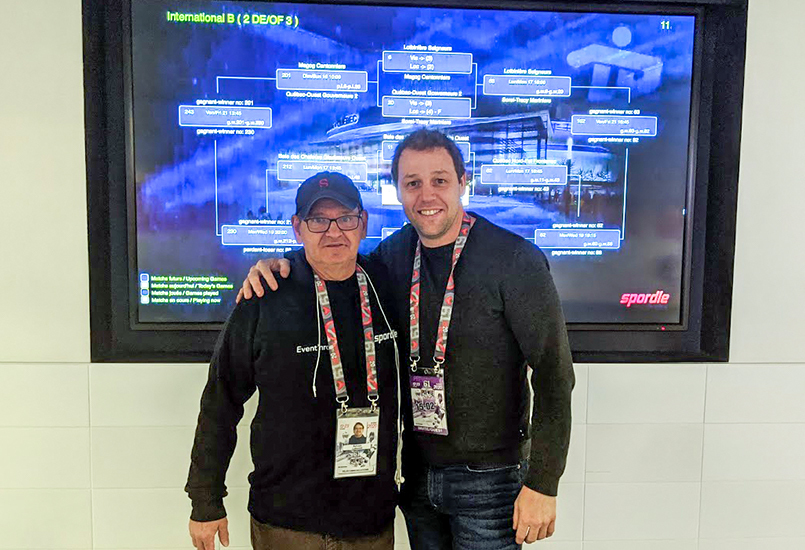 Sylvain Labonté and Patrick Deraspe, who are respectively support agent and European sales representative for Spordle, are proud to stand in front of the customized tournament brackets produced by the company.


An integrated platform for your tournament, from management to team transportation :

Spordle Suite’s integrated platform is the ideal solution to manage such a world-class tournament (UNI tournament). Game scores and statistics are compiled from the scorekeeper’s box and are available live online on the tournament’s Spordle site. Custom scoreboards are put up on the arena’s television circuit. The competition’s officials are assigned games and locker rooms. 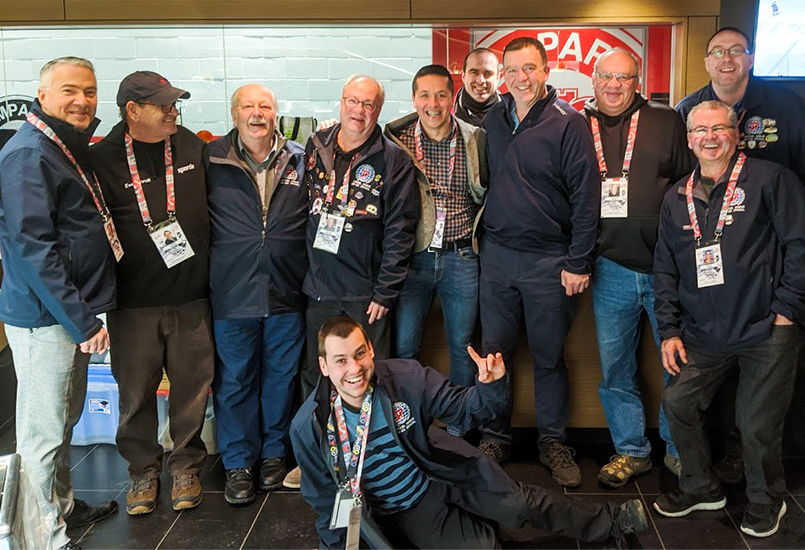 The off ice officials (scorekeepers and announcers) are pictured here with their team leader, Gilles Patry.

The platform is used to manage the competition, but it also offers the possibility to create a scaling system in which specific regular season games are tabulated for teams to qualify for the tournament (UNI league). An exhibition game module was also developed for out-of-the-country teams, providing the user with a system that connects these exhibition games with tournament matchups. 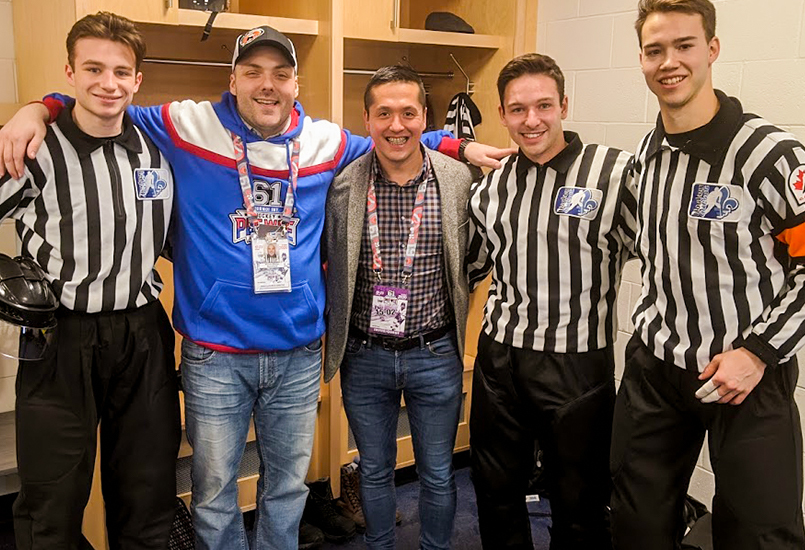 Pierre-Olivier Bouchard, head referee for the Québec-Chaudière-Appalaches region, took a few minutes to thank some of the competition’s officials for their hard work.

Having to organize transportation for 120 teams, and their equipment, to get from the airport to the hotel and then from their hotel to the playing facility, can be a logistical puzzle. This reality was made much easier thanks to the Spordle Suite solutions. 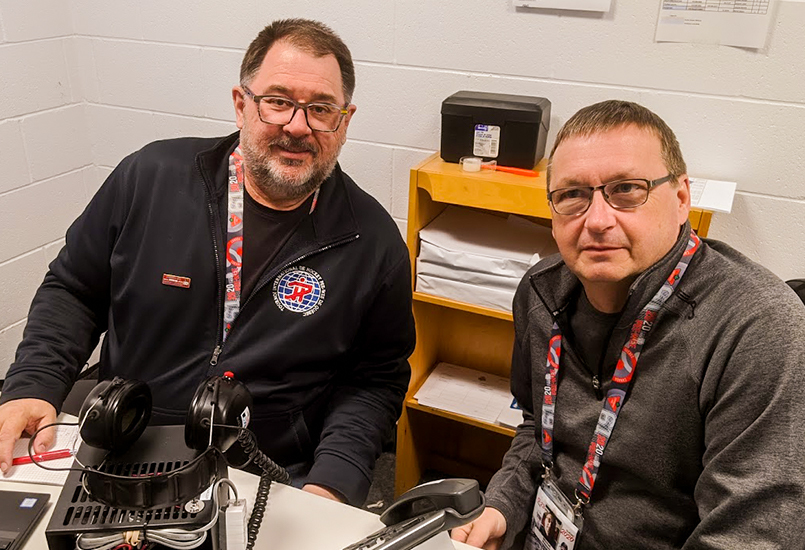 The work put in by the transportation managers is essential.

The QIPWHT uses a custom mobile application that fits both team and fan needs alike. You can be notified about a team’s game schedule or know who scored your favorite team’s goals. It’s all possible with the app. 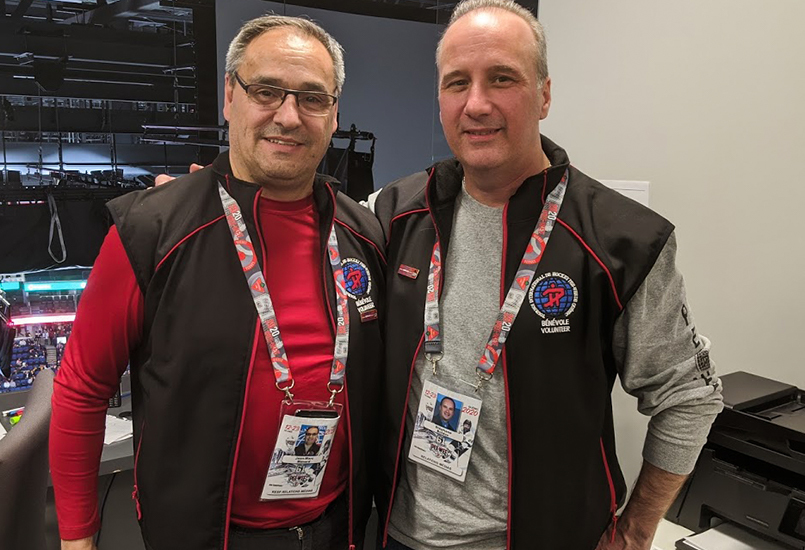 The media team makes sure that everything runs smoothly for the press.

The most prestigious minor hockey tournament in the world trusts Spordle

The Quebec International Pee-Wee Hockey Tournament (QIPWHT) is the most prestigious minor hockey tournament in the world and trusts Spordle for its technological solutions needs. It takes place in the beautiful city of Quebec, at the Videotron Center and the Pavillon de la Jeunesse, and allows 120 teams and more than 120 000 fans and participants from all over the world to enjoy an unforgettable experience each year. After almost 60 years of existence, the Quebec International Pee-Wee Hockey Tournament is still a place of unforgettable encounters and memorable souvenirs where thousands of 11 and 12 year old players come over to defend the colors of their teams. Big names of hockey such as Brad Park, Guy Lafleur, the Gretzky and Howe brothers, Mario Lemieux, Patrick Roy, Steven Stamkos and much more have all participated at this event at one point in their career. 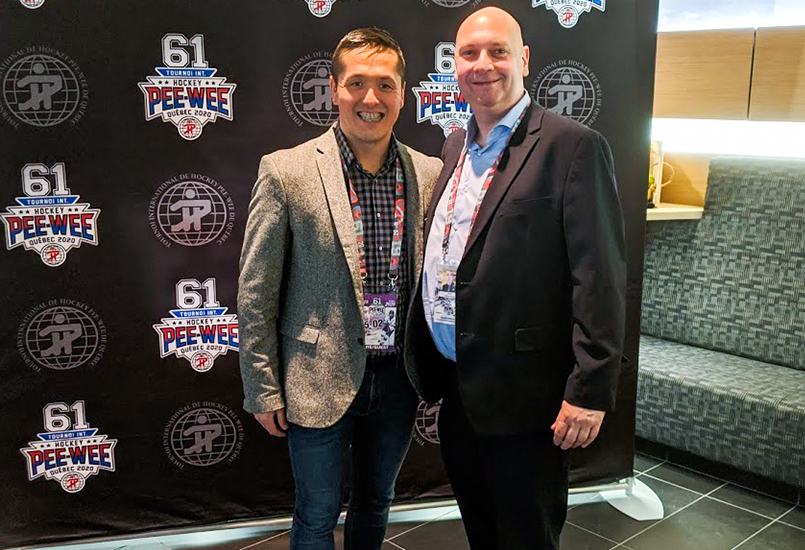 Éric Chiasson is a key player for the success of the tournament.